How to Make Mad Max Style Vehicles (in 15mm) 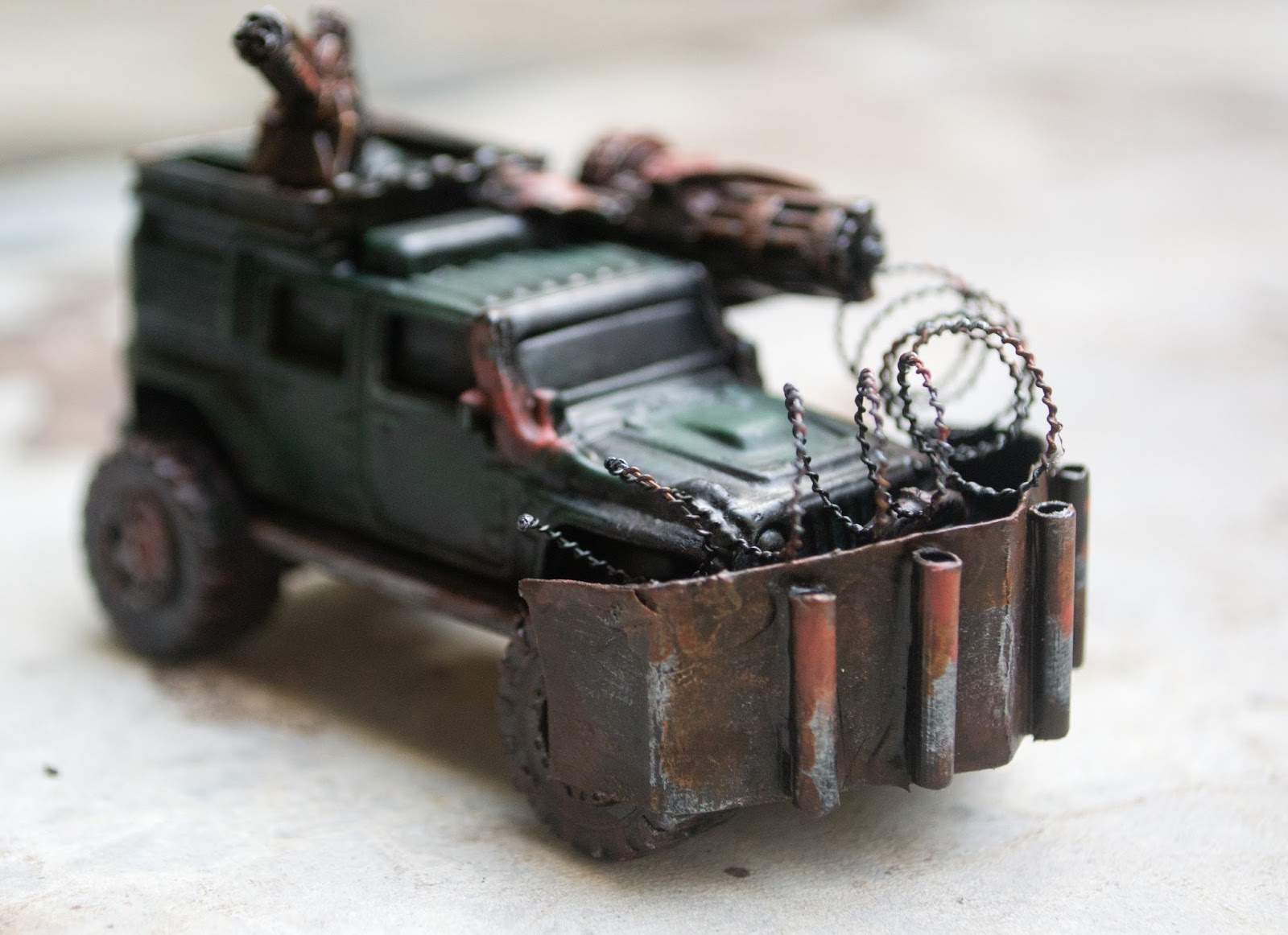 Not long ago, I made some post apocalyptic rides. All I used was some Matchbox and Not-Matchbox cars. Nothing cost more than a few dollars. Here's how I did it.

Research
I was trying to capture a specific art style. If they just ended looking beat up, it would be a failure. So away to Google Image Search to see what I could learn. I soon noticed some common elements to post apocalyptic vehicles: 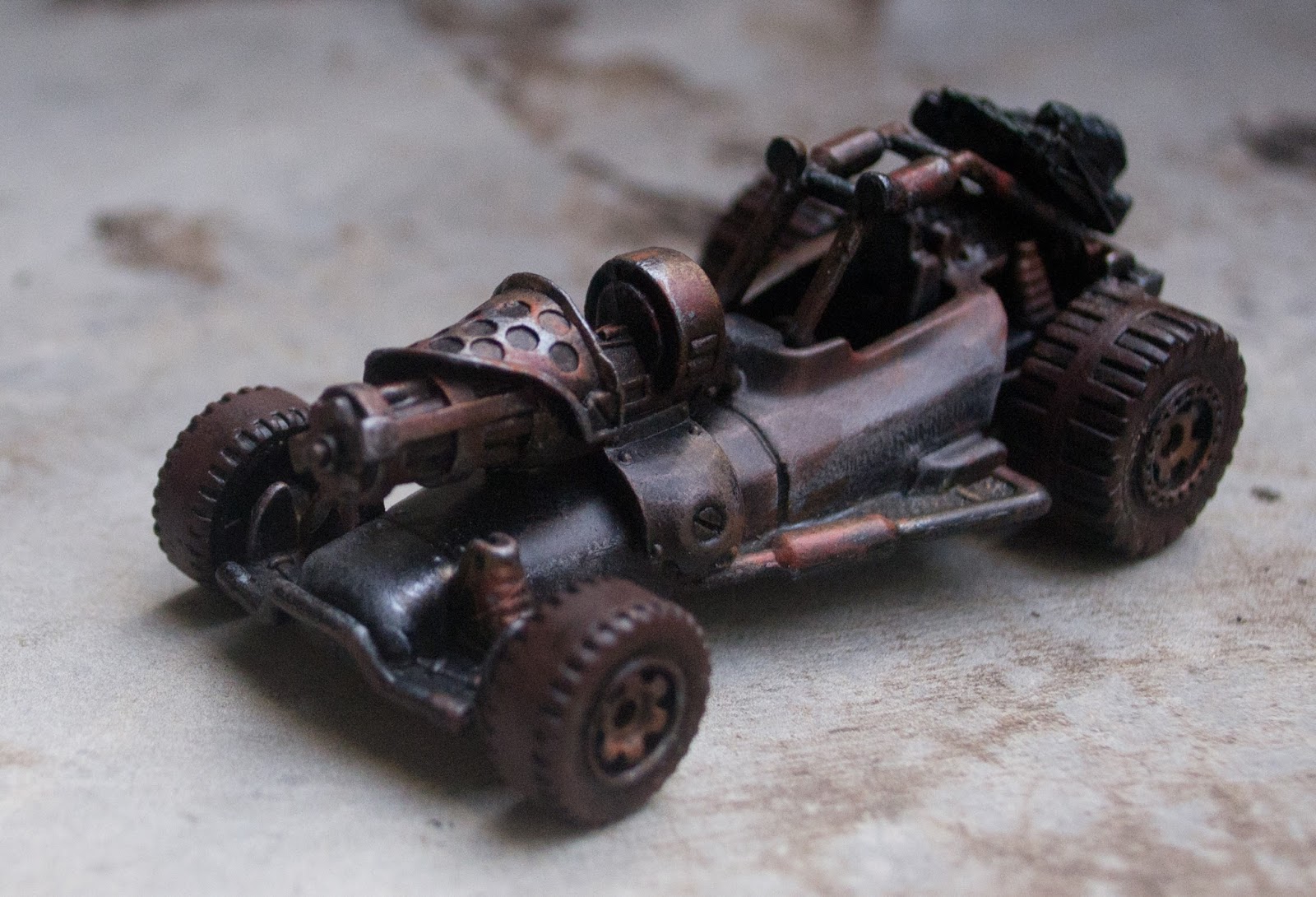 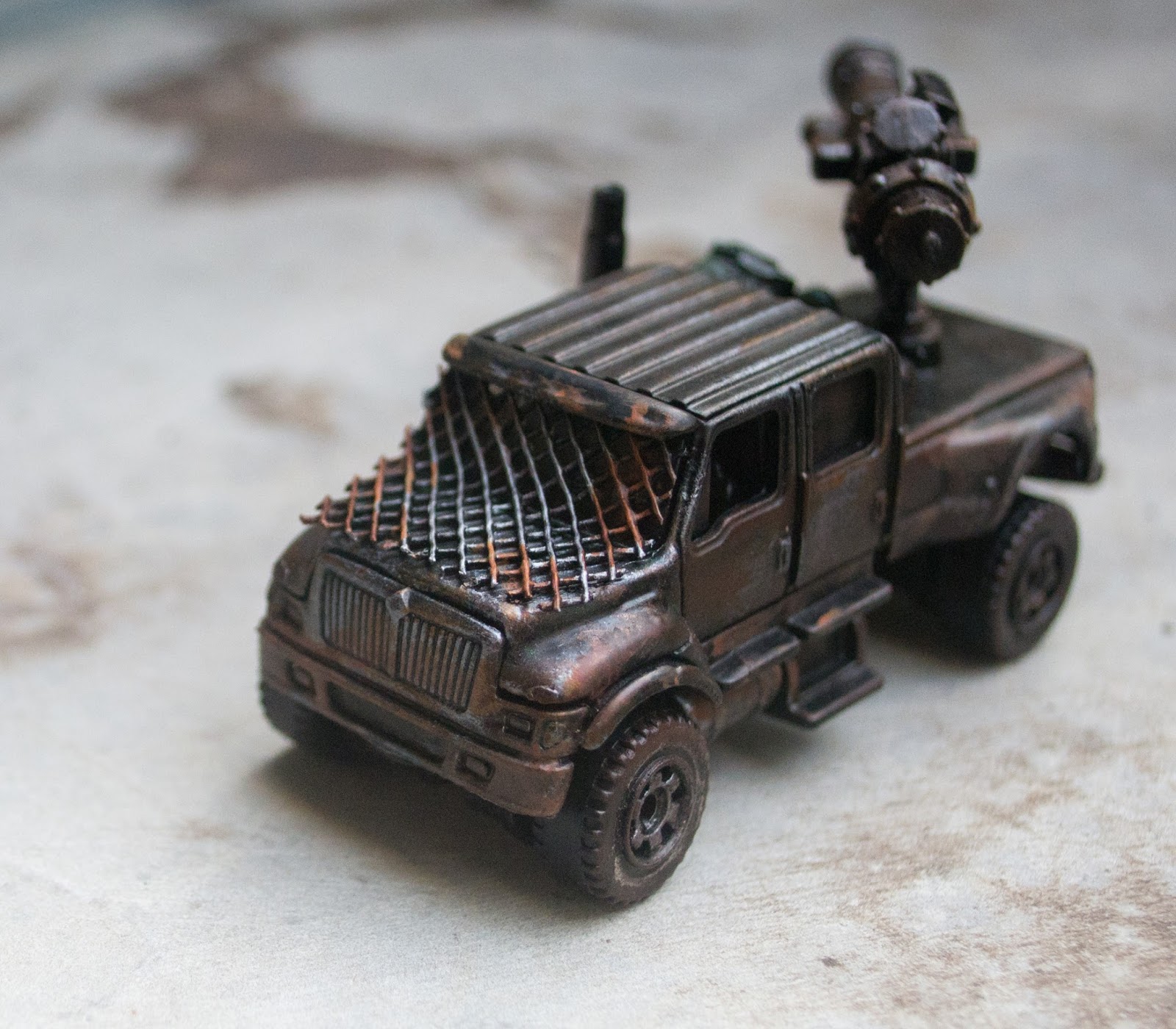 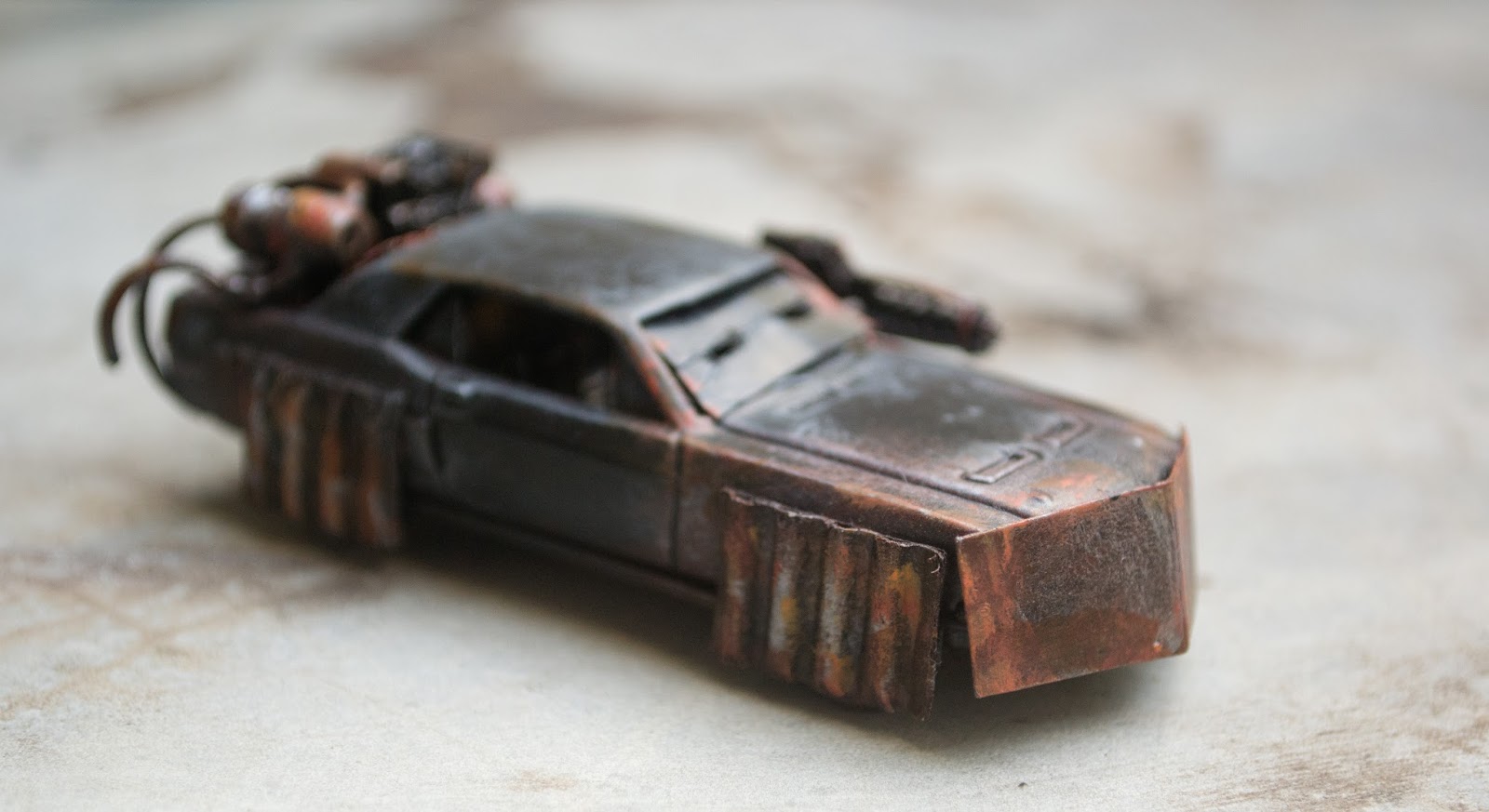 4 - Stowage. Got to carry your own fuel and supplies! 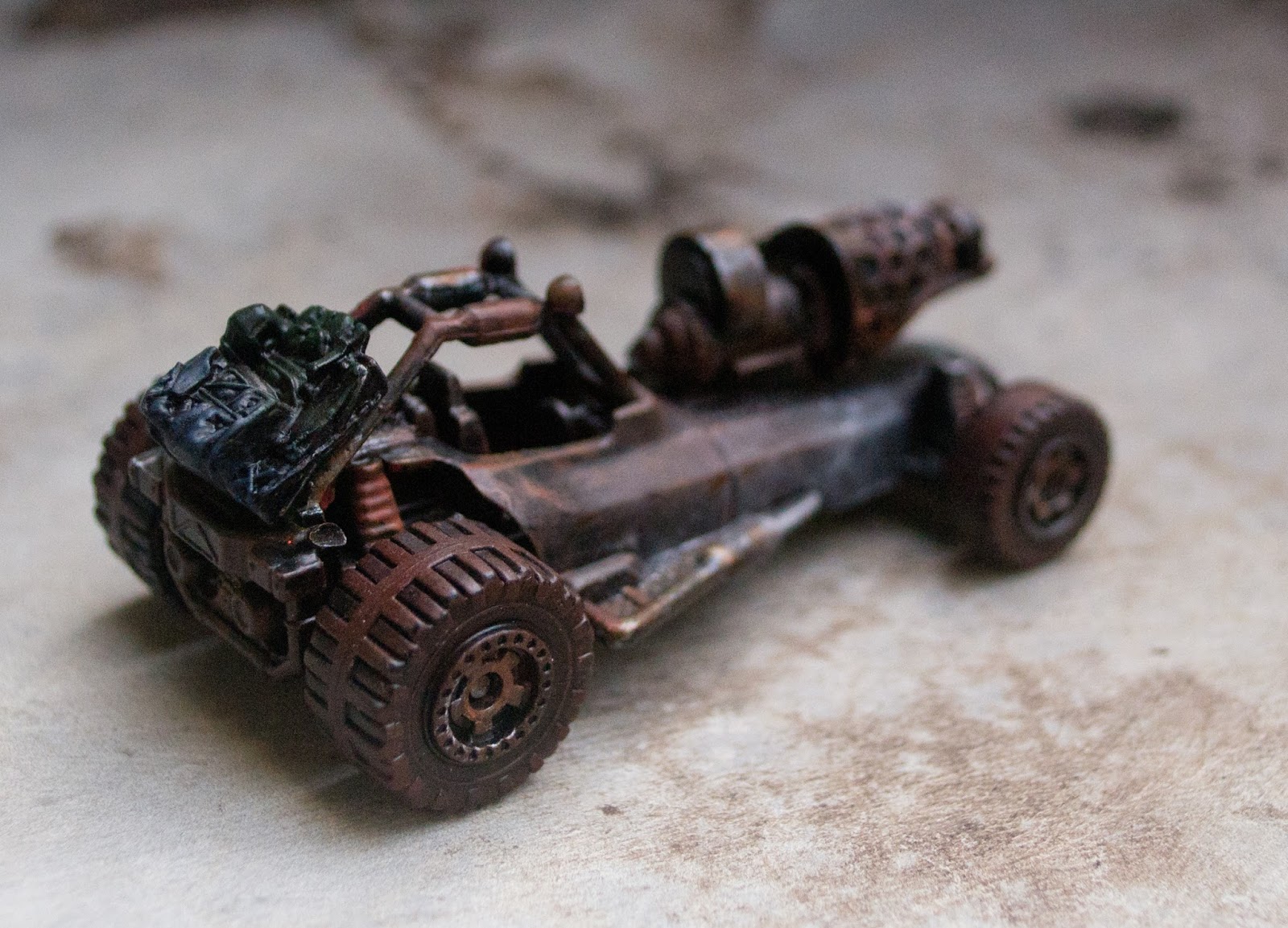 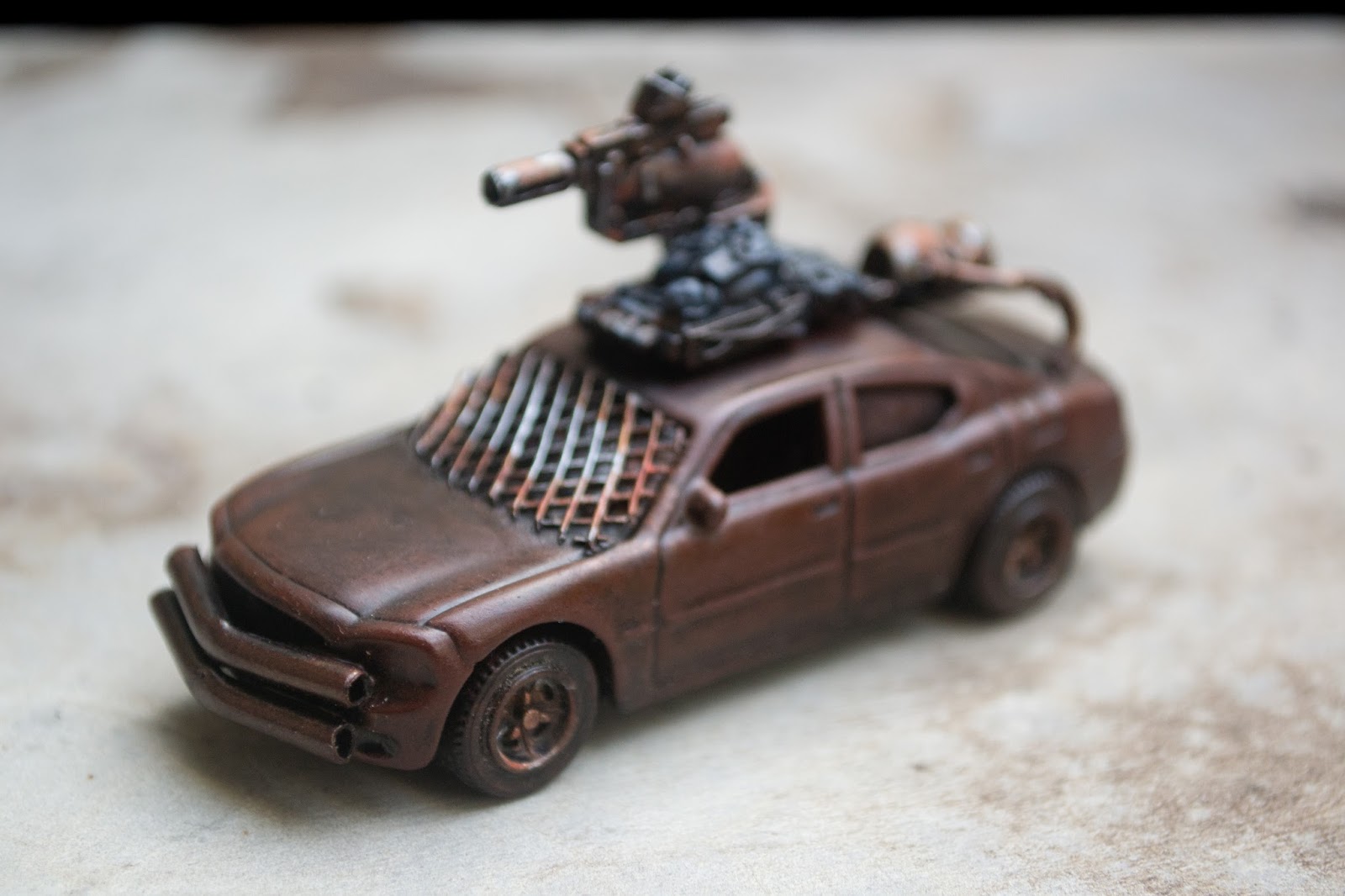 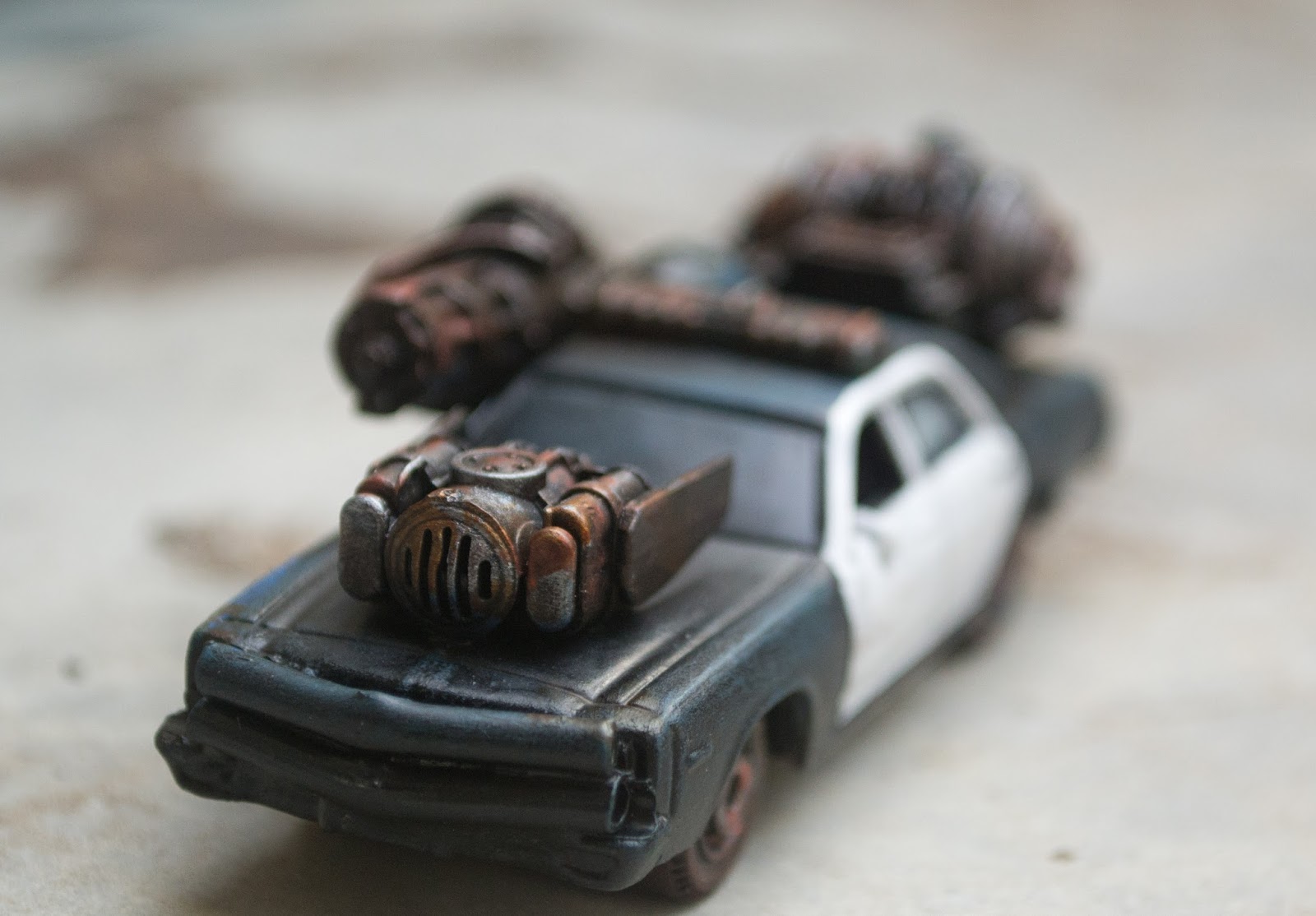 7 - For an obviously evil feel, spikes and even skulls (I didn't really want that, but I did end up using one skull): 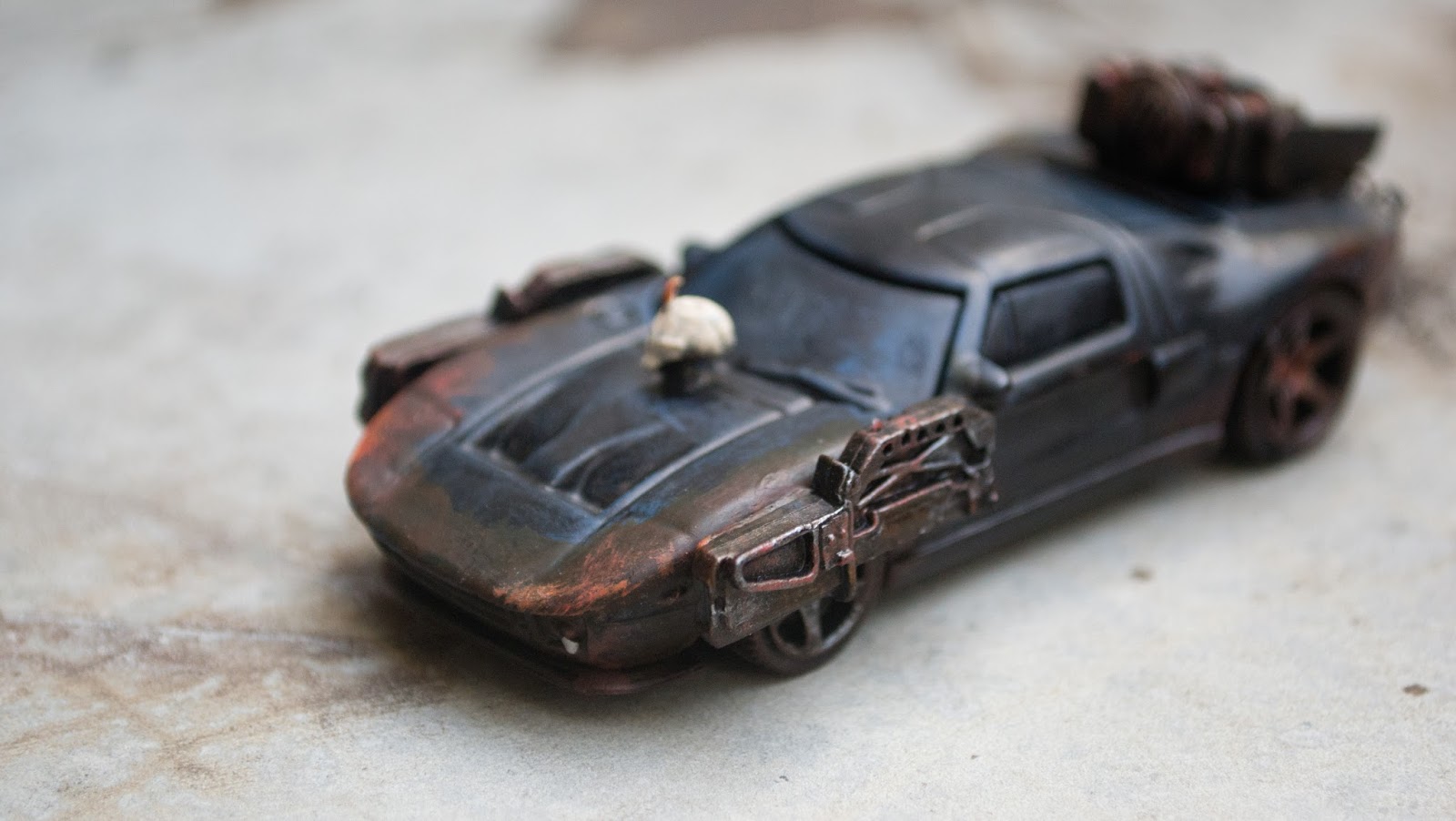 Execution
The cars I had fell into three groups. One seemed obviously fast. The second seemed obviously heavy. The third had an ATV / offroad feel. I tried to play to these with the kitbashing. You'd weigh down a utility vehicle, but supercharge an interceptor!

For parts, I used:

- Cardboard (what can't you do with cardboard? It's almost like plasticard, but free)
- Mosquito netting
- Ear buds (for the shafts)
- Some AT-43 and Warmachine bitz

I tried knocking out some windows, but Matchbox figured I might try that. Even with a hammer, I couldn't break out the plastic windscreens. In the end I just gave up and left them in. Here and there, I just covered them with cardboard. I had similar problems with trying to unscrew and open up the cars. Unless you have serious tools, spare yourself the emasculation of taking on Matchbox.

The painting was quite straight forward. I wanted to go with the completely faded and rusted out look. For this, we started from black primer. Some cars got their "residual" paint job drybrushed on: 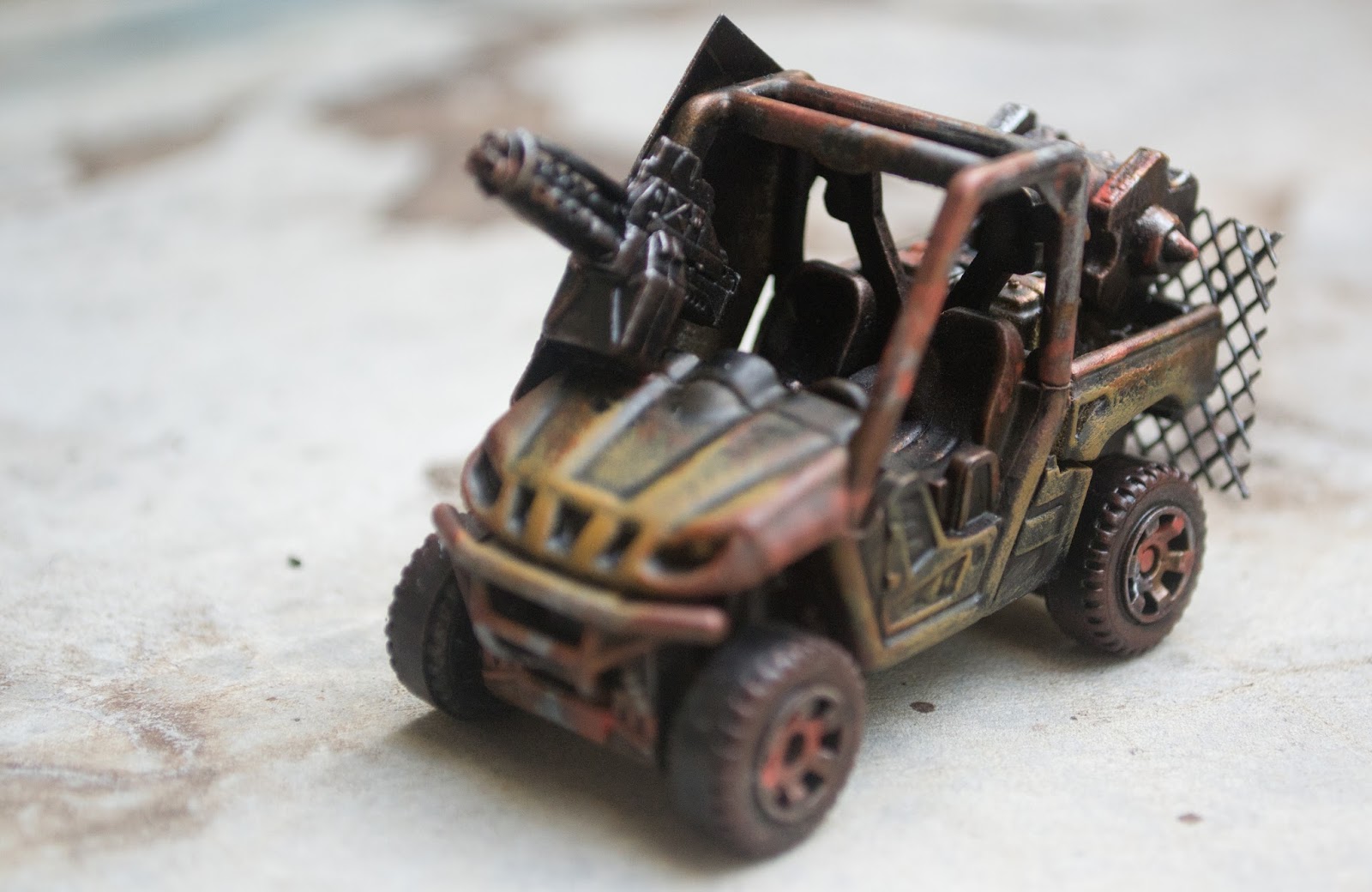 For the rest, I just left the rusty appearance. This was just drybrushing oranges, and adding silver in places, suggesting wear. Only the police car needed anything more. 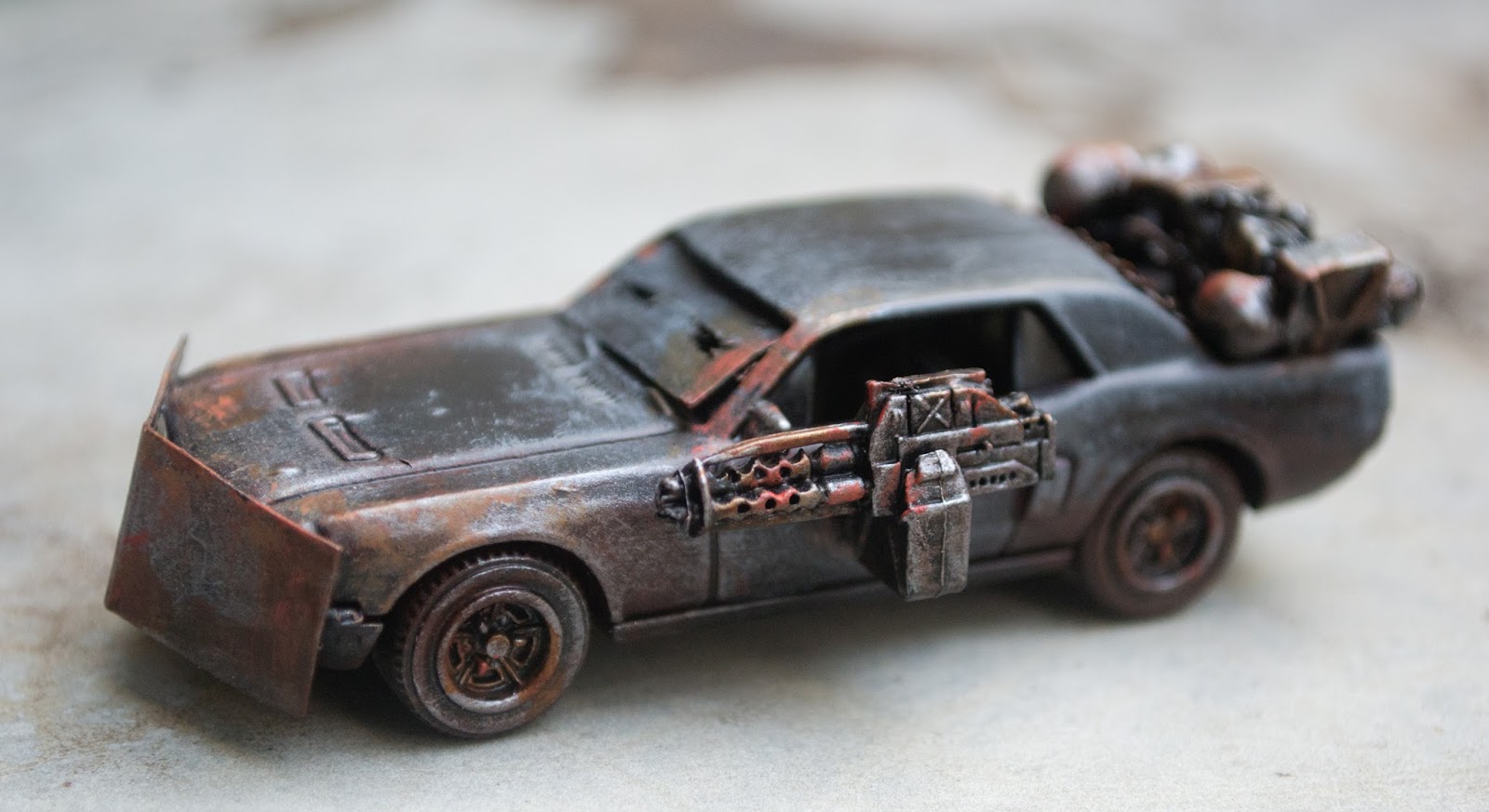 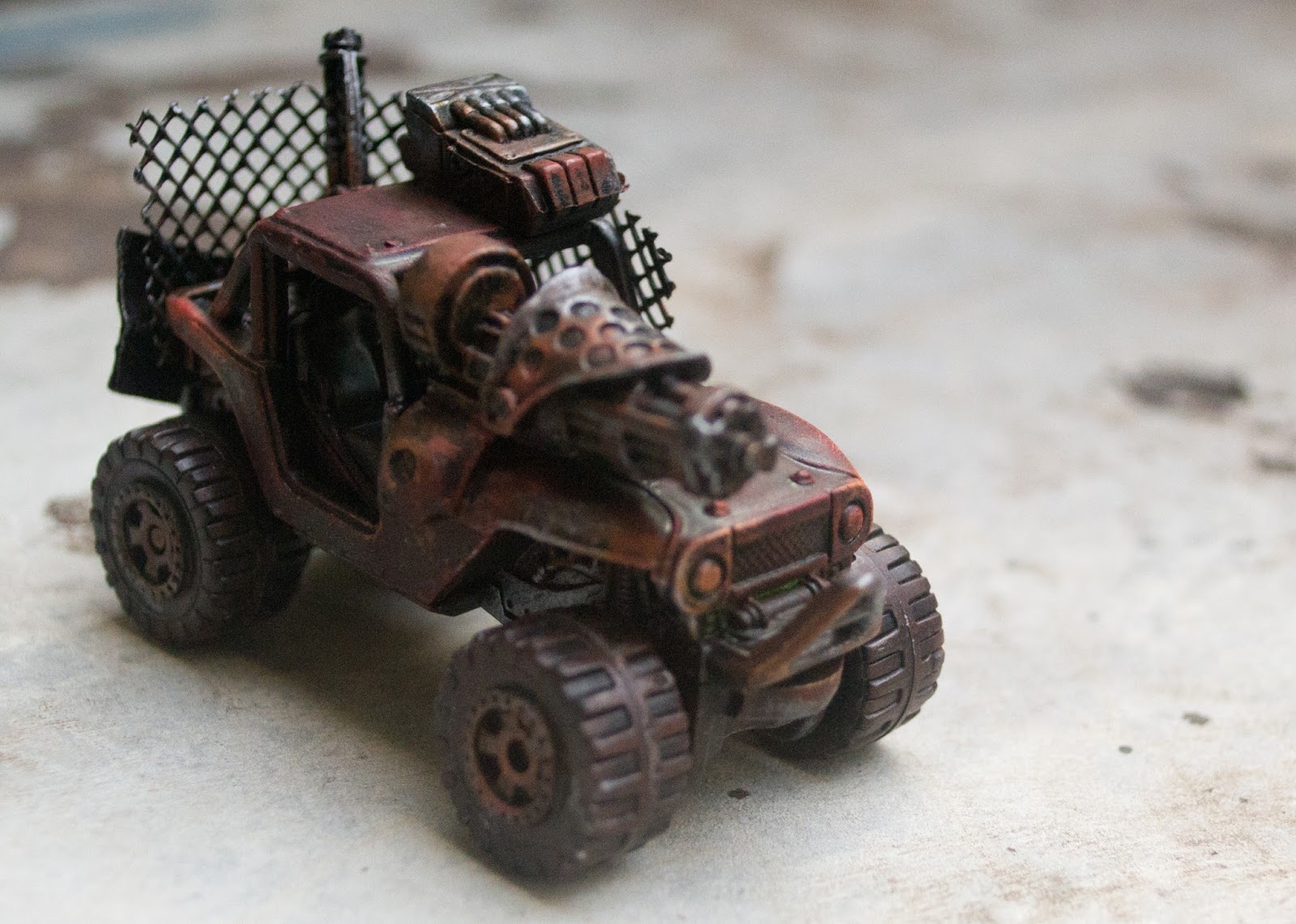 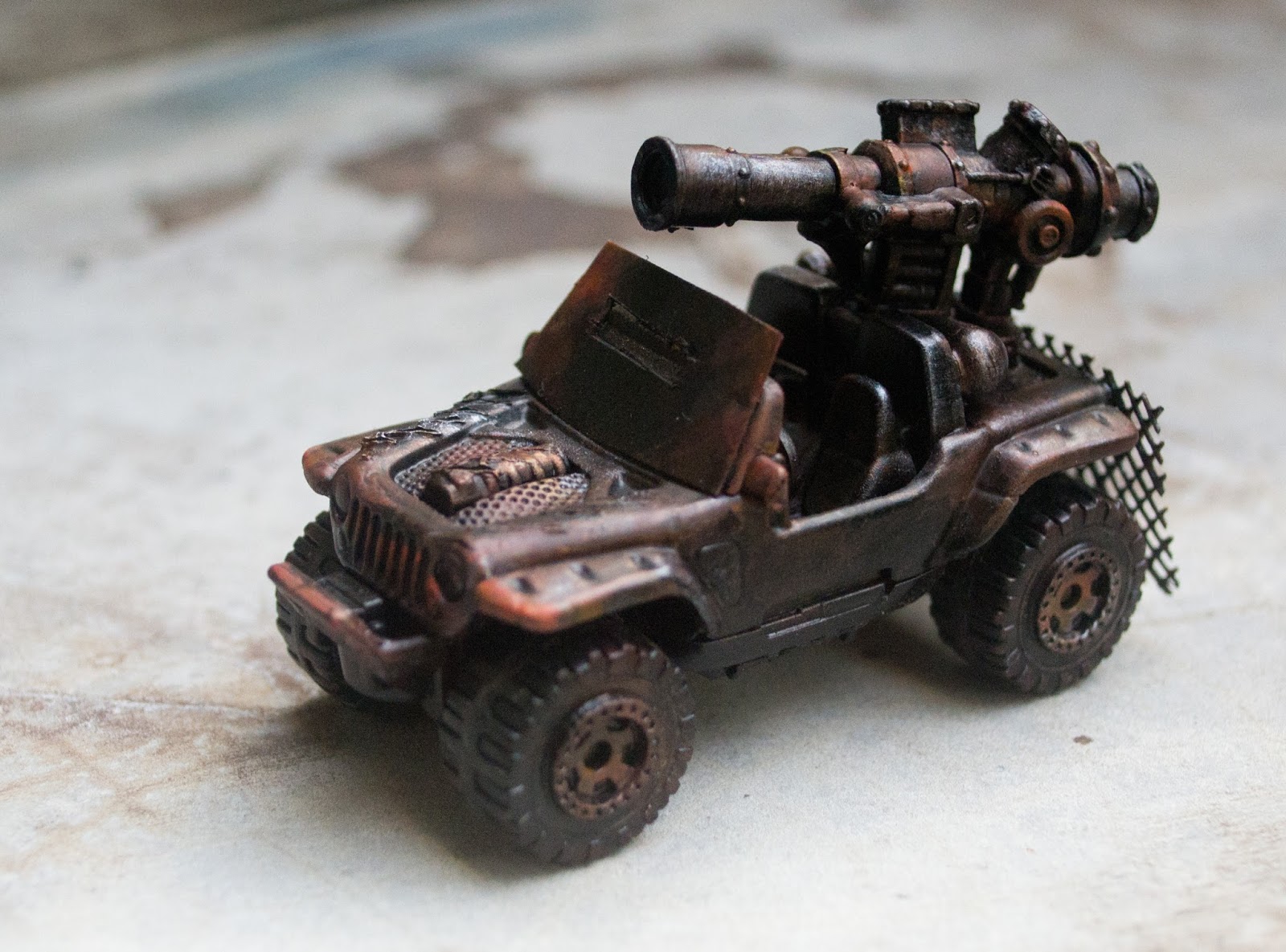 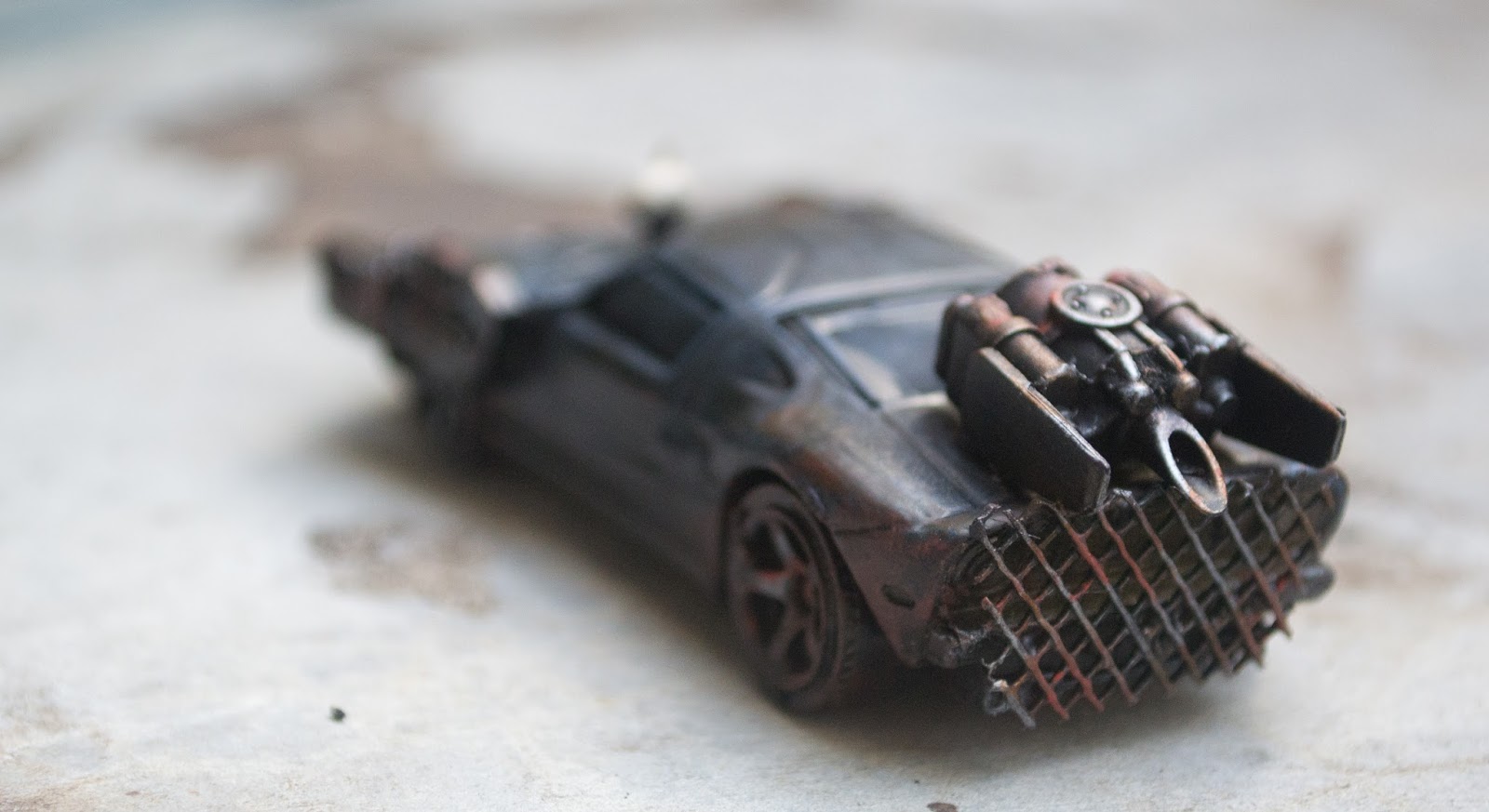 For me, using Matchbox and Matchbox clones was a no brainer. They're varied, cheap, and high detail. As such, I was quite pleased with how they turned out. They were fun to make too.
If you're doing a post-apoc / zombie game, I urge you to try it. 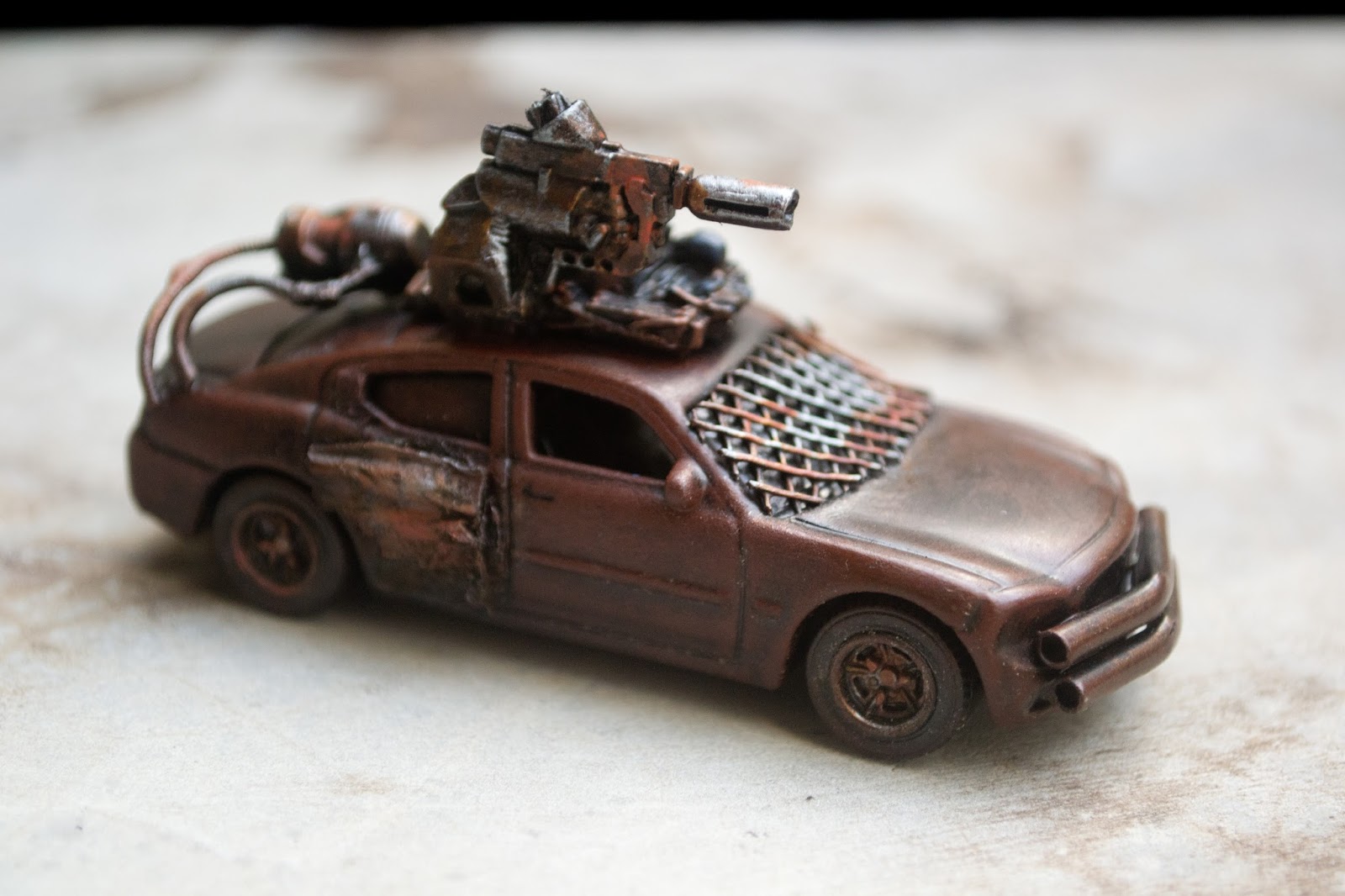 Job well done. Amazing what paint can make cardboard and bits and pieces look like.

Just what you need to run down those pesky zombie hordes...nice work!

Very cool, I have a box of cars ready for the treatment, just got to find the time.

Wonderful and most impressive vehicles!

شركة المثالي سوبر said...
This comment has been removed by a blog administrator.
5:42 PM